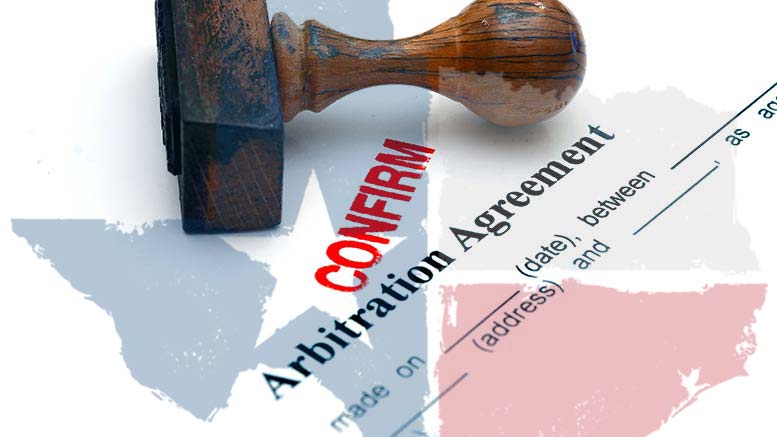 In a bench ruling, Senior Judge Michael O’Neill said he would order the case to arbitration, as requested by the hedge fund’s former head of trading and structured products, Joshua Terry. Highland had argued Terry’s employment agreement designates Dallas state court as the venue for disputes, making arbitration inapplicable despite an arbitration provision in a limited partnership agreement for Acis Capital Management, Highland Capital’s structured product affiliate, which Terry ran.

But Judge O’Neill, a Texas state appellate judge sitting by designation on the federal district court, said that although the employment agreement is separate from the Acis LPA, Highland had intertwined the two in its termination notice, telling Terry he had been fired “for cause” under both the LPA and the employment agreement.

“I find it very unlikely there’s no conflict between the two,” Judge O’Neill said. “They seem too intertwined to be separately adjudicated.”

Terry moved to bump the case from court days after it was filed, saying Highland was trying to smear his name with false accusations of self-dealing, disparagement and having an affair with a coworker. Terry told the court in that motion he was fired because Highland and CEO Jim Dondero were “desperate” to stop him from exposing a fraudulent culture at the company that hurt investors.

Highland fired back, arguing Terry’s counsel should be booted from the case because he had heard recordings of confidential conversations at Highland, including recordings made of conversations with Highland’s in-house counsel, and disclosed some of the confidential information in court filings. It said Terry was trying to “seek revenge” after an unsuccessful attempt to recoup about $8 million Terry claimed he was owed at the time he was fired.

Terry said in response Highland was pulling from its “standard playbook of dilatory litigation tactics” by trying to disqualify his counsel on “spurious grounds.” He told the court after he became aware of Dondero’s plan to borrow money from Highland investors to fund Highland’s purchase of a South American manufacturer, he rightly began recording his conversations with Highland officers to protect investors and himself.

At the hearing, Highland had argued Terry owed separate and independent obligations to Acis and Highland under the two agreements. It said its dispute with Terry was limited to the employment agreement and that because Highland Capital Management was not the entity that signed the Acis LPA, it could not be compelled to arbitration under that agreement.

But arguing for Terry, Rogge Dunn of Rogge Dunn Group said the termination notice is “very significant.” Dunn had also argued Highland was a third-party beneficiary of the Acis agreement or that Highland should be considered an affiliate of Acis such that it was also covered by the arbitration provision.

By sending the case to arbitration, Judge O’Neill avoided ruling on sanctions motions and the motion to disqualify Dunn.

In its initial petition, filed Sept. 8, Highland alleged it fired Terry for putting his own financial interest ahead of investors’ by cashing out of a fund while at the same time advising clients to invest in the fund. It said other demands made by Terry caused the chief operating officer to believe that “Terry was no longer acting on behalf of Highland and its investors,” and had gone on a “loud rant” in the office disparaging Dondero when his demands were denied.