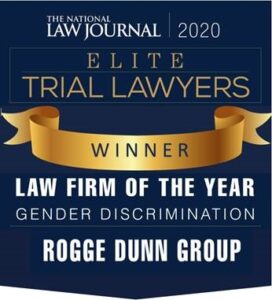 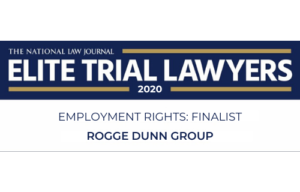 “Rogge, thanks for making my transition from American to United
a smooth, short and affordable flight.”

“Rogge did an excellent job of representing me and assisting Tech in winning the Coach Mike Leach lawsuit.”

“Rogge, You are one of those five special people in a life. Serious, talented but with a big heart.”

“You remained so accessible and always attentive during a period of upheaval in our lives.  We are forever grateful for your confidence, expertise, and personal touch–I owe you.”

“When I needed a top notch attorney for advice on my employment contract, I chose Rogge. He was knowledgeable and very responsive. He protected my economic interests and professional reputation. Rogge knows how to play hardball.”

“Big league managers to Fortune 500 CEOs choose Rogge for help in employment and business disputes. Given his knowledge, experience, and reputation, Rogge is someone I have on my team.”

Expertise backed by experience in the following areas:

We try cases in state and federal courts in Texas and around the United States. Our employment lawyers also represent employers in mediations, arbitrations and administrative proceeding before the EEOC, the Department of Labor, and the Texas Workforce Commission. Extensive trial experience allows us to counsel clients about how to prevent problems before they occur and how to minimize litigation risks.

The employment lawyers at Rogge Dunn Group offer each client experienced, ethical and effective representation in all areas of employment litigation.

Rogge Dunn Interviewed on WFAA About Cancer in Firefighters

Overtime Rule Updates – Will They Affect You?

Won take nothing arbitration ruling in favor of a Fortune 150 company accused of discrimination and retaliation and obtained $18,945 counter-claim judgment against the Plaintiff for repayment of unearned draws

Successful defense of company with 300 stores in Texas, New Mexico and Oklahoma in wage and hour enforcement action brought by Department of Labor (New Mexico) (Oklahoma)

Successful defense of numerous discrimination and other employment claims filed in North Texas against Fortune global 6 company filed with Dept. of Labor

$2.5 million for fired executive of Fortune 50 food and beverage company

$2.6 million for a fired C-level executive of a Fortune 200 homebuilding company

$4.1 million severance package for President of an oil and gas company who exercised “good reason” termination after a change in control

$4.5 million settlement for C-level executive of Scottish oil and gas company fired after a change in control (Scotland)

$6.1 million severance package and negotiated succession plan for Chairman/CEO of a bank with more than $11 billion in assets

Successful negotiation of severance package for a departing partner including $165,000 cash payment and a 1% trailing interest in an estimated $800 million worth of real estate development deals

Disclaimer: Results obtained depend on the facts of each case. Past achievements are no guarantee of future results.