BACK TO: Awards, Business and Commercial, Restaurant Law, Rogge Dunn 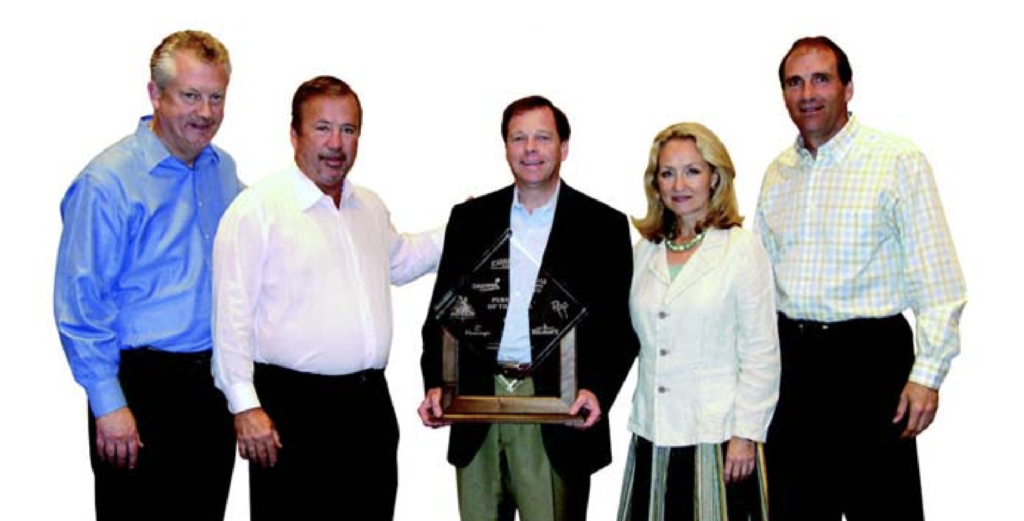 Outback Steakhouse honors Rogge Dunn once again with the Multi-Concept Purveyor of the Year Award. The parent company for Outback Steakhouse and other successful restaurant chains presented the award to Dallas trial attorney Rogge Dunn based on his exemplary legal work for the company during the previous year.

At the 2009 annual partner’s conference in Miami, Fla., OSI Restaurant Partners, LLC, recognized Mr. Dunn as a 2009 Purveyor of the Year.

Since 2001, Mr. Dunn has earned the award eight times for his work on behalf of Outback Steakhouse and its affiliated restaurants. The distinguished award is presented annually to Outback service providers such as Mr. Dunn who have significantly assisted the company in furthering its business goals. Mr. Dunn has represented Outback for 15+ years. Moreover, his work for the company includes handling matters involving trade secrets, non-compete agreements, and employment issues.

Tampa, Florida-based OSI Restaurant Partners is the third-largest casual dining restaurant chain in the United States. The company has more than 1,500 restaurants located in 49 states and 24 countries.

Rogge has been recognized many times by OSI Restaurant Partners since 2001:

To learn more about Dunn’s work as a restaurant lawyer, click here.