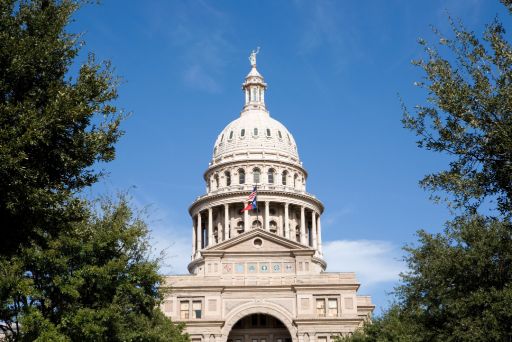 The month of June is recognized as Pride Month, celebrating the rights of the LGBTQ+ community throughout the United States. Historically, LGBTQ+ rights in Texas have been largely ignored, as Texas has been unwilling to protect members of the LGBTQ+ community. However, even this ship is rising with the tide as exemplified by a recent case, Tarrant County College District v. Amanda Sims (“Sims”). Sims comes after another landmark Supreme Court case protecting LGBTQ+ employment rights, Bostock v. Clayton County. Bostock protects LGBTQ+ rights on a theory that discriminating against members of that community is sex discrimination in violation of Title VII of the 1964 Civil Rights Act. Sims’ claim originated before Bostock was decided, but after Bostock her claim was validated under a sex discrimination theory.

Sims began in a District Court in Texas. Amanda Sims is lesbian and, at the time, was working at Tarrant County College. After disclosing her sexual orientation, Sims was discriminated against and ultimately fired. The District Court found that her termination was a violation of the Texas Commission on Human Rights Act (“TCHRA”). That decision was then upheld by the Court of Appeals for the 5th Circuit of Texas on March 10, 2021. That Court decided that Bostock was the precedent upon which Texas should stand, and held that the TCHRA should follow the exact reasoning and protection of federal law pursuant to Title VII. Title VII, however, expressly covers only those employers who employ 15 or more employees, which is still not providing full LGBTQ+ rights in Texas.

The Sims ruling is significant because there is no actual law protecting LGBTQ+ rights in Texas for employees. Rather, the ruling concluded that discriminating against someone for their sexual orientation or gender identification is sex discrimination, and that one cannot discriminate against an LGBTQ+ member for being LGBTQ+ without first discriminating against their sex. So, the ruling is not per se a protection in employment for all LGBTQ+ members in Texas, but does protect, as sex discrimination, those members employed by employers with 15 or more employees, tracking the statutory requirements of Title VII pursuant to the Supreme Court’s decision in Bostock.

Some municipalities do provide further LGBTQ+ rights in Texas, with limited protection in employment to the LGBTQ community. Dallas is one of a growing number of cities in Texas, including Austin, Desoto and others, committed to stronger LGBTQ+ employment protections. Chapter 46 of The Dallas City Code states that it is proud of its diversity and is prepared to protect LGBTQ+ rights to the fullest extent possible. Chapter 46 is titled “Unlawful Discriminatory Practices Relating to Sexual Orientation and Gender Identity and Expression” and it contains protections for sexual orientation and gender status, regardless of perceived or actual gender. The only entities exempt from the ordinance are the State, the federal government, and religious institutions.

Dallas’ protection for the LGBTQ+ community, however is limited and arguably only functions as a weak deterrent. Dallas will impose no more than a $500 fine against those employers who discriminate based on LGBTQ+ status. So, while the city has taken a step in the right direction, the failure to provide for any significant penalty renders Dallas’ protections as largely ceremonial. Until the city imposes more than nominal penalties, the LGBTQ+ community in Dallas will not be free from discrimination, at least for employees of small employers with less than 15 employees.

The Masterpiece Cakeshop case is another example of liability imposed for LGBTQ+ discrimination that results in nominal damages. That business originally won part of its claim against a gay couple that wanted to buy a wedding cake. Masterpiece Cakeshop refused to bake the cake in 2012, on grounds relating to free speech and religious rights. The cakemaker, Jack Phillips, won a partial victory there, but a more recent case on the creation of a cake for transgender pride held that Phillips violated Colorado’s Anti-Discrimination Act (“CADA”).  While this is a victory, Phillips has filed an appeal so as to not pay the maximum penalty, a $500 fine. Autumn Scardina originally ordered the cake in 2017. While one could say “well, $500 is a lot for a cake,” the principal of the matter is that businesses are free to discriminate while facing only objectively nominal damages. Had this revolved around, say, a multi-million-dollar home renovation then it would be obvious to everyone that a $500 penalty is an ineffective protection. In any event, cake or renovation, the whole Masterpiece Cakeshop line of cases shows that even when protected by law, LGBTQ+ members in some instances have very limited statutory remedies, and the failure to provide adequate relief could arguably be further bolstered.

Austin, Texas, however, has a more robust system for the LGBTQ+ community. Austin has, in Section 5-3-12(D) of its municipal code, a provision stating that the city will prosecute those in violation of Chapter 21 of the Texas Labor Code. Chapter 21’s primary purpose is to execute the policies of Title VII and is controlled by the precedents set in Sims and Bostock. Austin has afforded protections beyond what Texas has provided, as a state, in a manner similar to Dallas, but, unlike Dallas, has actually given some bite to its bark; the city can prosecute those who would discriminate against the LGBTQ+ community. Whether the city chooses to prosecute is another matter, but Austin is still a step further than Dallas. There is also an issue, however, that to prosecute an employer discriminating against LGBTQ+ members, that an employer must have at least 15 employees. Austin works through the Equal Employment Opportunity Commission (EEOC) and that agency only has jurisdiction over employers with 15 or more employees. So, even Austin’s bite is more than a stone’s throw away from full protection for LGBTQ+ members to be free from employment discrimination.

If you have questions or concerns about LGBTQ+ rights in Texas and how those rights affect Texas workers and employers, speak to an employment attorney.