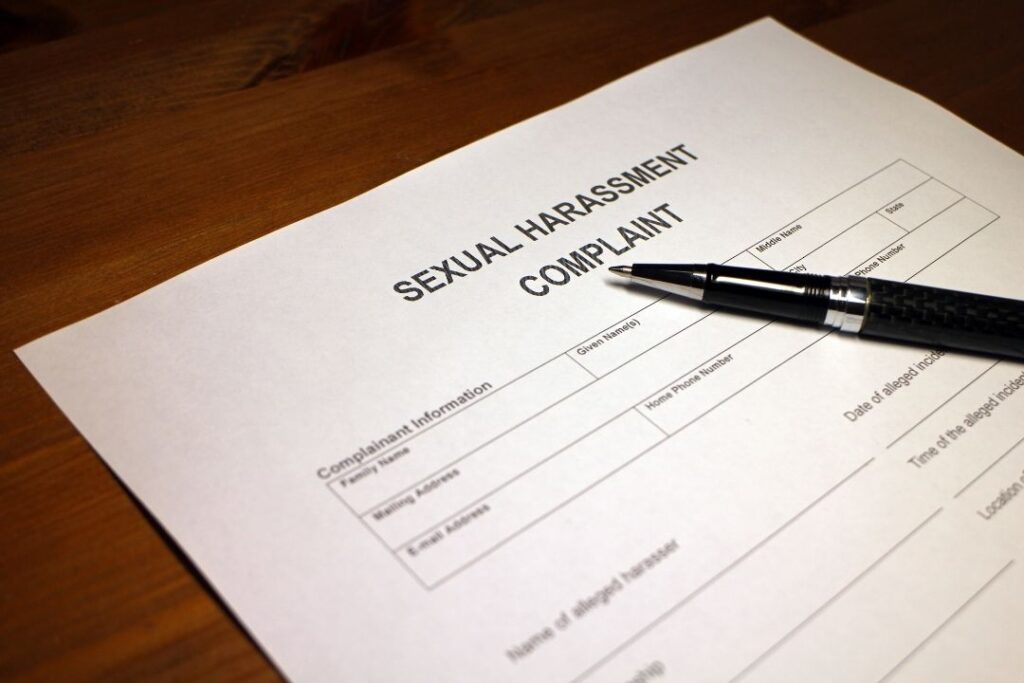 Sexual harassment and coercion have been crimes spanning millennia and countless cultures.  Often, these crimes occurred outside of the workplace because of a disparity between male and female job opportunities and a lack of interaction between the two at the workplace.  However, with the growth of female employment opportunity in the twentieth century there came a greater number of male-to-female interactions in the workplace and a rise in workplace related sexual harassment.  Before the twentieth century, workplaces were more gendered – men worked here, women worked there – but in the early twentieth century physical workplaces became less gendered than jobs were.  At that point, men and women were all in the same places but there were “masculine” jobs and “feminine” jobs.

The growth of the gendered job in a neutral place eventually was met by a greater number of sexual harassment reports and allegations.  Until Title VII of the 1964 Civil Rights Act, there was no reliable legal mechanism for preventing or punishing workplace harassment.  This act was the culmination of a century long struggle by women to change the social practice of male entitlement to female bodies.[1]  Title VII punishes employers, but only those with fifteen or more employees, who fail to maintain a workplace environment free from sexual discrimination and harassment.  Nearly every state has a mirror or stronger state statute of Title VII even though Title VII applies to every state.

Texas, however, has recently taken a big step in favor of protecting employees from sexual harassment.  Senate Bill 45 was approved and signed into law with an effective date of September 1, 2021.  That bill will expand Title VII and Chapter 21, the Texas state law which mirrors Title VII, to protect those employees who work for employers who have one or more employees.  This new law, however, has another protection that is stronger than Title VII: employers must take “immediate” action to prevent sexual harassment in the work place.  Previously, Texas, by way of Chapter 21, followed Title VII’s requirement that employers take a “prompt” course of action to remedy sexual harassment claims.  This new standard of “immediate” seems to create a stronger, more expedited course of remedy.  The Senate Bill may have also expanded a second standard, that of agents.  The bill says that employers are everyone who works “directly in the interest” of the employer whereas Title VII says that only “agents” of employers are also effectively acting as the employer; this may create a greater scope of which managers and supervisors are considered ‘employers’ under the statute.  The legislature also passed House Bill 21 which states that claims of sexual harassment are no longer time barred to 180 days and claimants can come no later than 300 days after the occurrence of the harassment. This extension given to the amount of time to come forward also allows claimants to seek out better legal representation. It is important to carefully consider which sexual harassment lawyer Texas claimants will choose to represent them in their case.

In Texas, the law recognizes and punishes two types of sexual harassment: quid pro quo and hostile work environments.  Quid pro quo is Latin and loosely translates to “this for that,” and can be thought of as transactional in nature, one party demands a sexual favor in exchange for some benefit.  This type of sexual harassment can be actionable after a one-time event.  Hostile work environments, however, require that the sexual harassment be “severe or pervasive.”  Essentially, severe conduct is that which is more than bullying or teasing and would be considered ‘extreme’ but courts have no mathematically precise test for determining whether an event is severe.  That being said, if bullying, teasing, inappropriate touching, and a number of other actions are persistent or frequent that may qualify as ‘pervasive.’  With a sexual harassment lawyer Texas claimants would be able to have a better understanding of the scope of their case before bringing formal charges.

While Title VII was a step in the right direction, it did not (and has not) ended the practice of sexual harassment in the workplace.  Thirty years ago, sexual harassment in the workplace was brushed under the table by many, sometimes employees would stifle someone from coming forward so that the workplace was not disrupted and other times harassers, often situated in a position of power, would threaten anyone who may come forward about the harassment.   Sometimes even the victims would not speak up because they felt they had no recourse through their jobs to stop the harassment, feared retaliation of being fire, or solely because they felt embarrassed about the whole situation.  Many also believed that the courts were an unreliable form of preventing harassment both because of gender disparity and cost constraints, but fortunately the opportunity to be heard has expanded enormously since the twentieth century.

Today things are much different thanks, largely, to the actions of those who spoke out against sexual harassment, like Anita Hill.  About thirty years ago, Ms. Hill testified in front of the Senate Judiciary Committee, which at that time was comprised of only men, speaking out against Supreme Court-nominee Clarence Thomas.  Ms. Hill testified about the decade-long sexual harassment and abuse she had endured while working under Justice Thomas at the Equal Employment Opportunity Commission, which, ironically, is the very government body which seeks to vindicates rights of employees who have been mistreated in their jobs in a variety of manners.  In that year alone, the E.E.O.C. saw a 50% increase in the number of charges filed by employees claiming sexual harassment or abuse.

[1] See, Reva Siegel, A Short History of Sexual Harassment, 4-10 (2003) (discussing how nineteenth century women who worked in wealthy homes would often be subject to harassment by the owner of the estate, and that before the Civil War there were discussions by female activists to prevent the continuation of the practice).