BACK TO: Labor and Employment, Quoted in the Media, Rogge Dunn, TV News Appearances 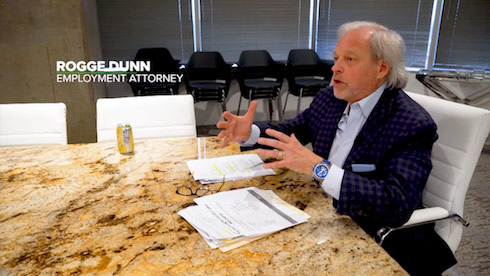 Rogge Dunn was interviewed during a WFAA segment that covered the new Texas law that makes it easier for firefighters to file for workers’ compensation and helps them pay for cancer treatment.

The Old Law vs The New Law

The newly enacted Senate Bill 2551 is a revision of a state law passed in 2005. The old law made it difficult for firefighters and EMTs to win workers’ compensation claims. According to the Texas Department of Insurance, 168 firefighters and EMTs filed cancer claims from 2012–2018. Of those, 146 were denied.

“There are a number of differences between the old law and the new law. For example, before, there was a question about what types of cancers would be covered or not covered.” –Rogge Dunn

In short, Senate Bill 2551 contains many revisions to the old law that make it easier for firefighters diagnosed with cancer to receive the health benefits they need. One of the most notable revisions is that it clarifies the covered cancers. In addition, it establishes a more efficient procedure to file claims.

Watch a portion of the WFAA segment below, or view the full video and article here.