BACK TO: Labor and Employment, Quoted in the Media, Rogge Dunn, Sports and Entertainment 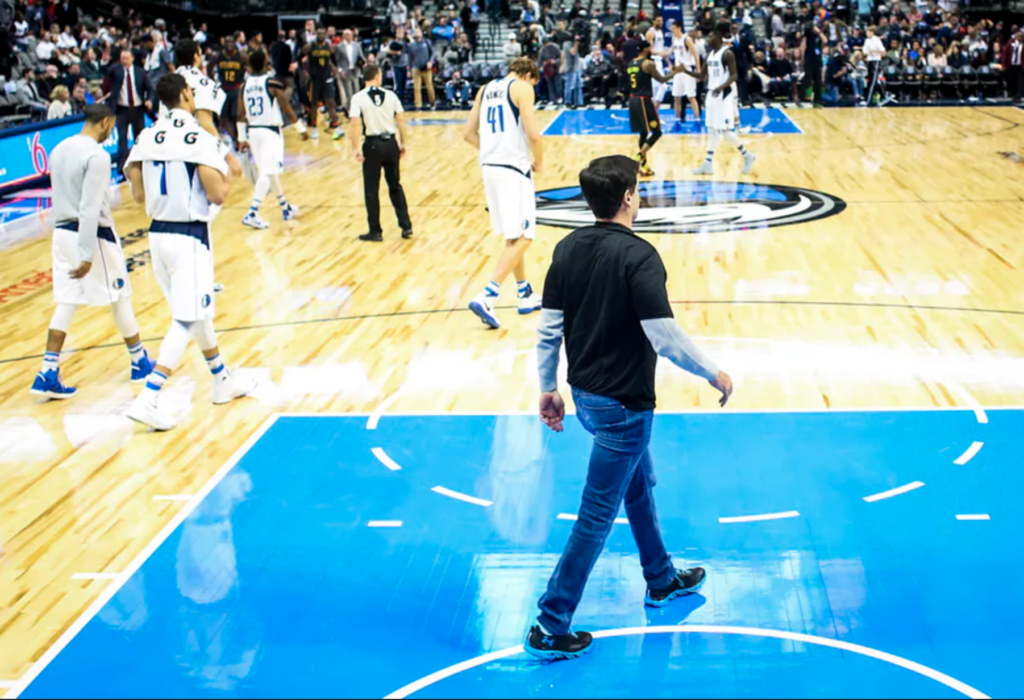 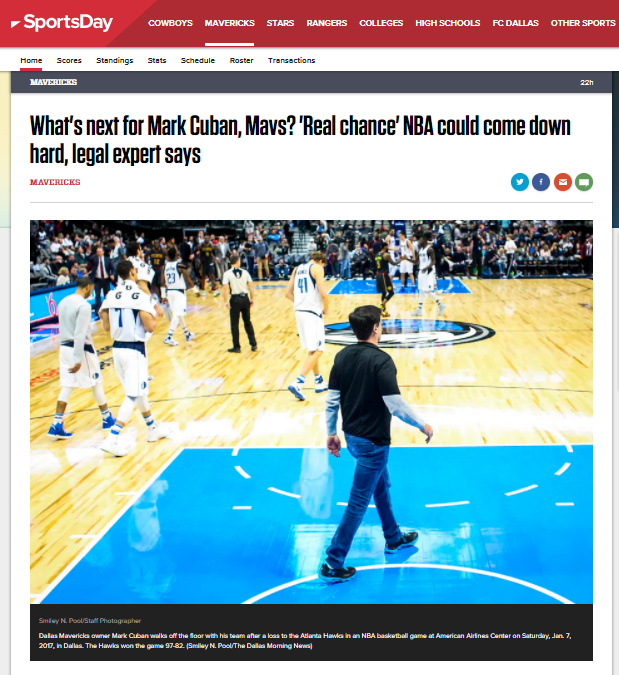 LOS ANGELES — So, what is next for Mark Cuban and the Mavericks?

We know there will be a lengthy investigation by the people hired to find out exactly what’s what in the sexual misconduct scandal that has rocked the franchise.

That already has begun, sources said, as investigators Anne Milgrim and Evan Krutoy arrived in Dallas to begin their research. It could take a month, with more than 100 people to interview.

We know there will be repercussions — but to what extent?

At least one benchmark case could provide insight as to where this is headed.

Maybe the best parallel to the Mavericks’ case involved the New York Knicks in 2007 when Isiah Thomas was the team’s coach and president of basketball operations. A female employee complained of a hostile workplace environment that included sexual harassment by Thomas. The employee said she later was fired for filing her complaint.

The circumstances of the Mavericks case are not radically different from the ones in New York and could open a wide array of possible sanctions.

“There’s a real chance the NBA could come down hard on the Mavericks — up to and including their [2018 first-round] draft pick,” said Rogge Dunn, a legal expert who has extensive experience dealing with workplace misconduct in the world of sports. “The major risk is if Mark Cuban was found to have covered anything up. That could impact sponsors, attendance, other legal ramifications and public opinion, of course.”

Interestingly in the Knicks case, then-Commissioner David Stern elected to impose no further sanctions on the franchise other than what was court-ordered.

At the time, Stern issued this statement: “In light of the settlement, which I strongly supported, I have decided to take no further action. Instead, we are going to continue to focus our attention on a league-wide program ensuring that all teams have appropriate policies, clearly communicated to their employees, focusing on respect in the workplace, including the prohibition of sexual harassment.”

Either the Mavericks never got that memo or chose not to abide by it because they have now landed in this uncharted territory.

Terdema Ussery, their former president and CEO, is accused of improper sexual behavior in the workplace, with several former Mavericks employees telling Sports Illustrated that they received unwanted advances from Ussery.

Ussery denied the allegations in a statement to SI. He left the organization in 2015 and parted ways at his next job, with Under Armour, just three months after being hired amid reports of improper conduct with a female co-worker in an elevator.

It’s far too early to know what financial penalty is headed toward Cuban and the Mavericks, but that might be getting off light — if their prized draft pick survives.

Dunn, who has worked in numerous high-profile sports-related cases — including representing Texas Tech’s president against former football coach Mike Leach — said the possibility of civil suits is unlikely but not impossible.

“In terms of legal claims, most of them are time-barred,” Dunn said of lawsuits from individuals. “However, even if they have gotten rid of the main harasser, there could be legal risk if that sort of culture still runs deep.

“If there’s a bad culture there now, it will come out in the investigation.”

Dunn added that the Mavericks already are having to spend a large sum of money on the investigation itself and that the economic impact on the organization could be far-reaching.

What remains unanswered, but certainly will come out in the investigation, is just how much Cuban knew — and when — about the 1998 internal investigation into complaints against Ussery.

What investigators and the Mavericks know for sure is that, on Thursday, a memo was sent out to all 30 teams by Commissioner Adam Silver that said there would be a confidential hotline in place to report workplace misconduct. It is part of the league’s “Respect in the Workplace” initiative, ESPN reported.